In this course, we’ll analyze three real startups from the perspective of an investor.  We will examine each company using G51’s six tenets of new venture creation: the problem, solution, market, business model, team, and competition.

The G51 EDU cases are designed as a resource to bridge the gap between knowledge and
real-world application and to provide students with experiential learning. This class is designed to encourage higher-order thinking through an emphasis on application, analysis, evaluation, and creation. 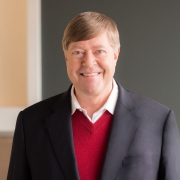 For Cortina Systems, Norm arranged a $132 million investment syndicate, and the proceeds were used to buy a $100 million division that was being spun out of Intel. His more recent investments include Marketo, the leader in marketing automation software, MINDBODY, the largest global provider of online business management software for the health, wellness and beauty industries, and Dataminr, a real-time information discovery company.

Norm began his career as a computer programmer at Hewlett-Packard. He then worked as a management consultant with McKinsey & Company where he specialized in strategic planning. He has served as a member of the Board of Directors of the National Venture Capital Association (NVCA). He has also served the local community as the Treasurer of the Children’s Health Council, the Secretary of the Churchill Club, the Founder of the Kona Jazz Festival and as a member of the Major Gifts Committees at Menlo School and Stanford University.