One of the biggest challenges we face in the technology & consumer electronics industry is that the bright minds that develop circuit boards and highly complex technologies generally are less qualified at marketing and communication skills. Likewise, those gifted with great communication acumen, rarely possess the technical understanding of the products they must market. Every discipline within the high tech industry is ultimately dependent on engineers augmenting their developments to make them more marketable, and marketing experts need to grasp the challenges of taking new (and sometimes rarely understood) new technologies to the consumer and B-to-B market. By exploring actual case histories, interviews with leading technology advertising and marketing executives and a review of some of the more topical trends in technology communications – we will bring real-life experience/exposure for those who hope to enter this important arena. In addition, we will explore the latest trends in digital advertising from mobile to social and its impact on marketing segments and industries. Entrepreneurialism in new media will also be covered, as will the exploration of career opportunities involving all of the aforementioned.

A Message from G51 EDU’s Founder 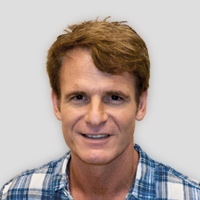 Mark Bunting’s 25-year career began upon completion of his degree in Advertising from The University of Texas – Austin in the spring of 1985. He immediately entered publishing with The Wall Street Journal (Houston and San Francisco).  In 1990, Mr. Bunting founded The Computer House Company, which pioneered direct selling of personal computers to the home market. In 1993, he created SkyTV, the largest producer of computer- and technology-related television and video programming. A serial entrepreneur, Mark founded a collection of companies from out-of-home media to digital design and development firms. Mr. Bunting also hosted various television programs as on-air talent, gaining recognition as a leading spokesperson for the high-tech industry including a stint as spokesperson for Microsoft, Timex and Hewlett Packard. He is a Cable Ace Award nominee and recipient of various industry awards. He appeared as host for a variety of television programs for The Discovery Channel, CNBC, The Learning Channel, Fox, and hosted “Bunting’s Window” on a collection of in-flight video networks for 18 years. SkyTV later merged with Microsoft Co-founder Paul Allen’s Vulcan Venture, forming what would later be known as ZDTV/Tech TV (now G4) the cable channel for all things “technology”. SkyTV’s In-Flight Television business is a leading marketing/advertising and communications resource to over 400 technology companies. He has served as author (Virtual Power – Simon and Schuster), speaker, host, and consultant to the technology and advertising industry, including C–level assignments at both McAfee and Apollo Group. Mr. Bunting’s projects encompass everything from brand and product development initiates to DTCA and B2B platforming within the technology and consumer electronics vertical. He has taught “Technology Marketing and Advertising” since the fall of 2010 where he explores the latest in technology advertising, trends, campaigns and more – including a healthy rotation of visiting Silicon Valley advertising and marketing dignitaries.

Entrepreneurship Capstone Scroll to top
Login
Accessing this course requires a login. Please enter your credentials below!
Lost Your Password?