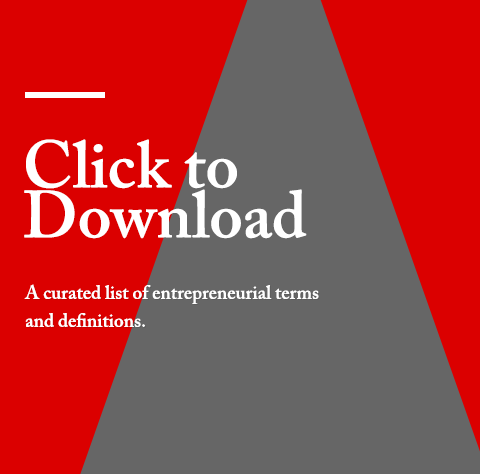 Guide to Picking a Mentor

An excerpt from the guide:
Direct Do’s and Dont’s – as recommended by a mentor 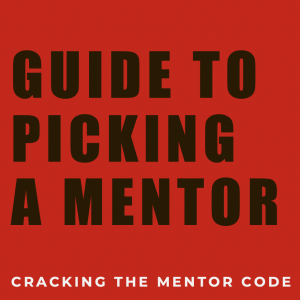 Guide to your Pitch Deck

Please keep in mind this guide is curated by G51EDU to help lay a foundation to your pitch deck. This is not a universally required format, however it is based on the recommendations shared in Get Backed by Evan Baehr and Evan Loomis. 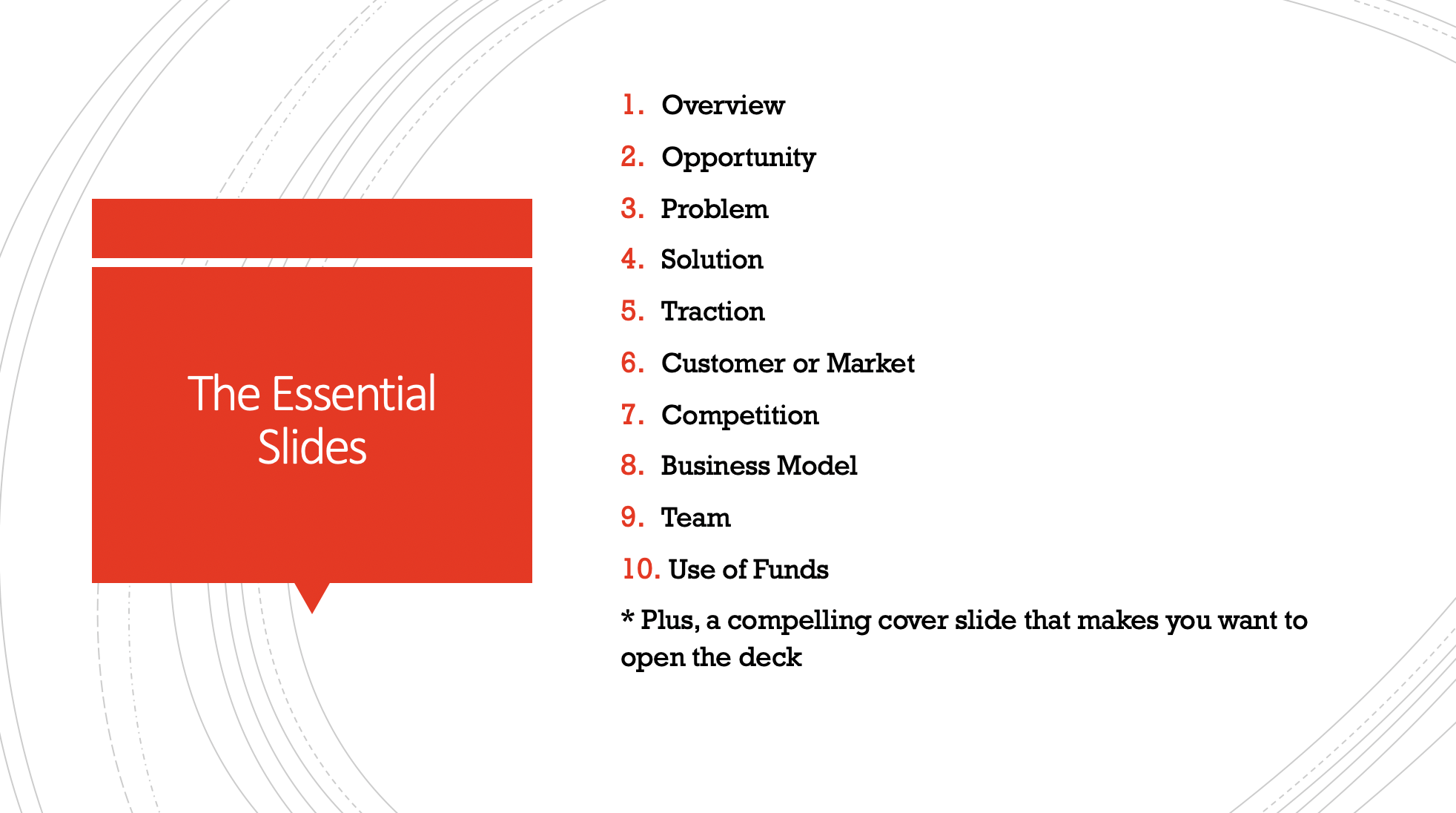 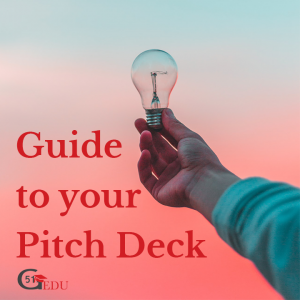 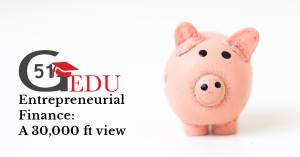 Learn about the different stages of series seed funding from series A funding, to Series B funding, and eventually series E funding including: the process, structure, requirements, average payout amounts, and more.

As Startups.co and Fundable founder Wil Schroter likes to says, “There’s not a lot of ‘fun’ in funding.”

Raising equity funding for your startup is a long, difficult, and often demoralizing process. However, if you’re successful, you walk away with money that will help your startup grow and become everything you hope it could become.

One of the major challenges that founders run across is that raising a round often takes more time than they expected. While a founder might know that your startup is excellent, convincing other people to invest thousands — and potentially millions — of dollars into their company is not a simple task.

“I’ve always heard that the rule of thumb is three to four months to do a fund raise — or that you should at least allow for that,” Jenny Lefcourt, a founder and advisor who has raised over $100 million, says. “I think there are plenty of people, depending on the size of the round that they are raising, how successful they’ve been in the past, how far along they are, what their metrics are, where that could be much shorter.”

However, it could also be much longer, particularly if they’re trying to raise during the summer months, when the fast-moving venture capital world moves at a slower pace.

Another challenge that arises with equity funding is that there are more people involved in running the company. While most founders start with a small, intimate team, each round of funding brings on new investors.

Those investors usually expect not only a financial portion of the startup, but also a say in how things are done. In extreme cases, they may even choose to oust a founder, as famously happened with Uber founder Travis Kalanick.

“Pursuing an equity fundraise means that, in exchange for the money they invest now, investors will receive a stake in your company and its performance moving forward,” Schroter says. “Equity is one of the most sought-after forms of capital for entrepreneurs, although certainly the least available. Simply put, there are very few equity investors who have a check to write and there are 1000x more Founders with ideas to fund. It’s a supply problem.”

But despite these challenges, thousands of startups raise funding every year, implying that the potential rewards outweigh the guaranteed strife and risk. Here’s an outline of what a startup founder can expect at each stage of raising equity funding.

Pre-seed funding is the earliest stage of funding, so early that many people don’t include it in the cycle of equity funding.

At this stage, founders are working with a very small team (or even by themselves) and are developing a prototype or proof-of-concept. The money to fund a pre-seed stage typically comes from the founders themselves, their families, friends and family, and maybe an angel investor or an incubator.

Pre-seed funding is a relatively new part of the startup lifecycle, so it’s difficult to say how much money a founder can expect to raise during the pre-seed period.

What is seed funding?

The very first money that many enterprises raise — whether they go on to raise a Series A or not — is seed funding. (Some startups may raise pre-seed funding in order to get them to the point where they can raise a traditional seed round, but not every company does that.)

The name is pretty self explanatory: This is the seed that will (hopefully) grow the company. Seed funding is used to take a startup from idea to the first steps, such as product development or market research.

Seed funding may be raised from family and friends, angel investors, incubators, and venture capital firms that focus on early-stage startups. Angel investors are perhaps the most common type of investor at this stage.

This is also the end point for many startups. If they can’t gain traction before the money runs out (also known as running out of runway), then they’ll fold.

On the other hand, some startups decide that they’re not interested in raising more money — that the level they reach with seed money is good enough or that they’re able to grow more without more investment — and choose to stop raising funding rounds at this point.

How much money is involved in seed funding?

Seed funding is usually between $500,000 and $2 million, but it may be more or less, depending on the company. The typical valuation for a company raising a seed round is between $3 million and $6 million.

What is Series A funding round?

Once a startup makes it through the seed stage and they have some kind of traction — whether it’s number of users, revenue, views, or whatever other key performance indicator (KPI) they’ve set themselves — and they’re ready to raise a Series A round to help lift them to the next level.

In a Series A round, startups are expected to have a plan for developing a business model, even if they haven’t proven it yet. They’re also expected to use the money raised to increase revenue.

How much money is involved in a Series A funding round?

Because the investment is higher than the seed round— usually $2 million to $15 million — investors are going to want more substance than they required for the seed funding, before they commit.

It’s no longer acceptable to have a great idea — the founder has to be able to prove that the great idea will make a great company. The typical valuation for a company raising a seed round is $10 million to $15 million.

Series A rounds (and all subsequent rounds) are usually led by one investor, who anchors the round. Getting that first investor is essential, as founders will often find that other investors fall into line once the first one has committed.

However, losing that first investor before the round is closed can also be devastating, as other investors may also drop out.

Series A funding usually comes from venture capital firms, although angel investors may also be involved. Additionally, more companies are using equity crowdfunding for their Series A.

Series A is a point where many startups fail. In a phenomenon known as “Series A crunch,” even startups that are successful with their seed round often have trouble securing a Series A round.

According to the firm CB Insights, only 46 percent of seed-funded companies will raise another round. That means that this is the end point for the majority of early stage startups.

What is Series B funding round?

A startup that reaches the point where they’re ready to raise a Series B round has already found their product/market fit and needs help expanding.

The big question here is: Can you make this company that you’ve created work at scale? Can you go from 100 users to a 1,000? How about 1 million?

The expansion that occurs after a Series B round is raised includes not only gaining more customers, but also growing the team so that the company can serve that growing customer base.

In order to be competitive, any startup needs to hire excellent people in a range of roles. It’s no longer possible for the founder to “wear all the hats,” so raising enough money for competitive salaries is essential.

How much money is involved in a Series B funding round?

Series B funding usually comes from venture capital firms, often the same investors who led the previous round. Because each round comes with a new valuation for the startup, previous investors often choose to reinvest in order to ensure that their piece of the pie is still significant.

Companies at this stage may also attract the interest of venture capital firms that invest in late-stage startups.

What is Series C funding round?

Companies that make it to the Series C stage of funding are doing very well and are ready to expand to new markets, acquire other businesses, or develop new products.

Commonly, Series C companies are looking to take their product out of their home country and reach an international market. They may also be looking to increase their valuation before going for an Initial Public Offering (IPO) or an acquisition.

“Once a company has built a product that’s become a darling in the market, that’s when the Private Equity and Investment Bankers show up,” Schroter says. “These folks aren’t looking for a lot of risk – they let the angel investors and venture capital firms deal with that. They are looking to put massive sums of money into companies that are already winning to allow them to secure their leadership position.”

Series C is often the last round that a company raises, although some do go on to raise Series D and even Series E round — or beyond.

However, it’s more common that a Series C round is the final push to prepare a company for its IPO or an acquisition.

How much money is involved in a Series C funding round?

For their Series C, startups typically raise an average of $26 million. Valuation of Series C companies often falls between $100 million and $120 million, although it’s possible for companies to be worth much more, especially with the recent explosion of “unicorn” startups.

Valuation at this stage is based not on hopes and expectations, but hard data points. How many customers does the company have? What’s it’s revenue? What’s it’s current and expected growth?

This is the point in the startup lifecycle where major financial institutions may choose to get involved, as the company and product are proven. Previous investors may also choose to invest more money at the Series C point, although it is by no means required.

What is Series D funding round?

A series D round of funding is a little more complicated than the previous rounds. As mentioned, many companies finish raising money with their Series C. However, there are a few reasons a company may choose to raise a Series D.

The first is positive: They’ve discovered a new opportunity for expansion before going for an IPO, but just need another boost to get there. More companies are raising Series D rounds (or even beyond) to increase their value before going public. Alternatively, some companies want to stay private for longer than used to be common. Each of these are positive reasons to raise a Series D.

The second is negative: The company hasn’t hit the expectations laid out after raising their Series C round. This is called a “down round,” and it’s when a company raises money a lower valuation than they raised in their previous round.

A down round may help a company push through a tricky time, but it also devalues the stock of the company. After raising a down round, many startups find it difficult to raise again, as trust in their ability to deliver on their promises has eroded. Down rounds also dilute founder stock and can demoralize employees, making it difficult to get back ahead.

How much money is involved in a Series D funding round?

If few companies make it to Series D, even fewer make it to a Series E. Companies that reach this point may be raising for many of the reasons listed in the Series D round: They’ve failed to meet expectations; they want to stay private longer; or they need a little more help before going public. 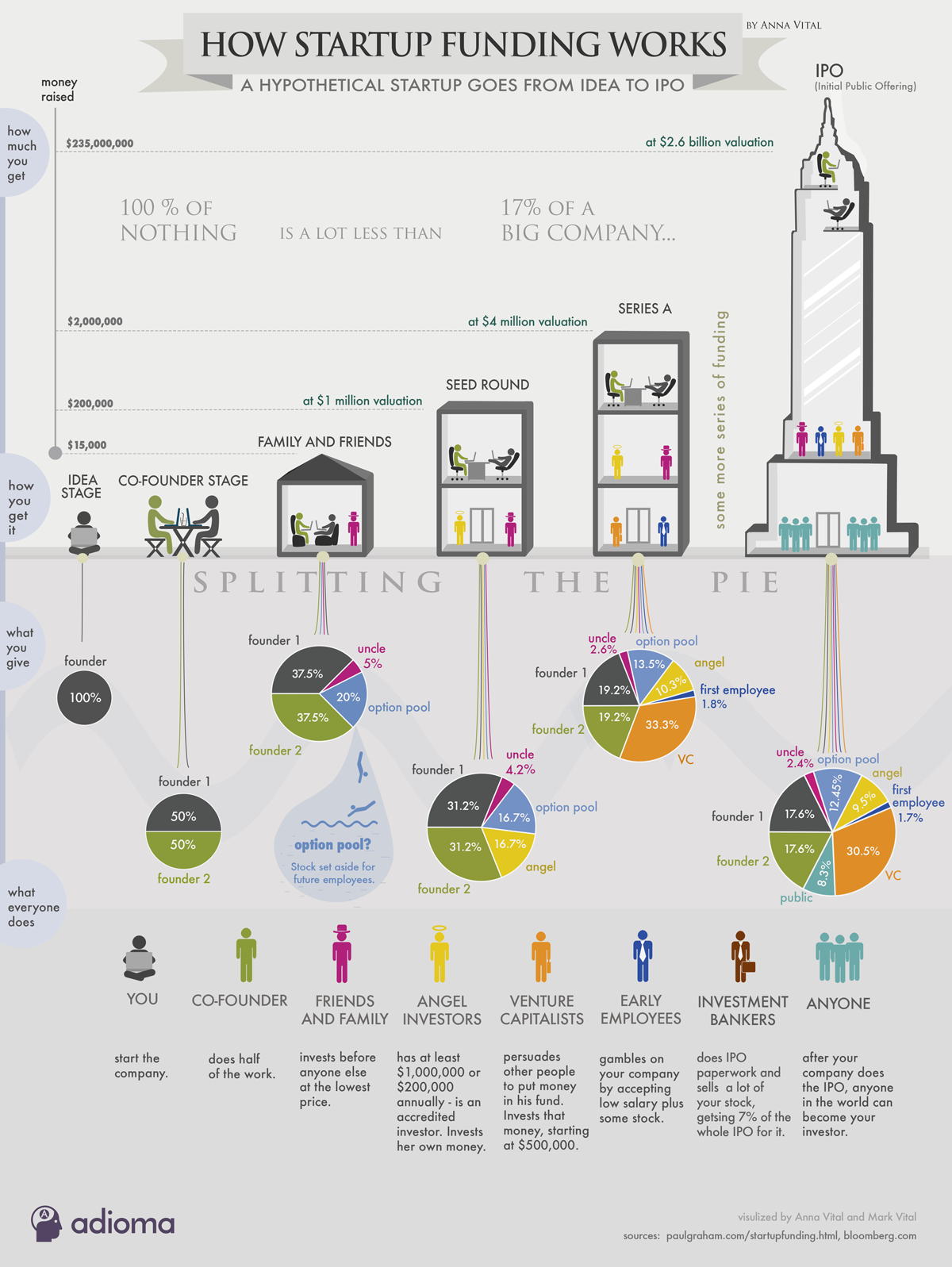